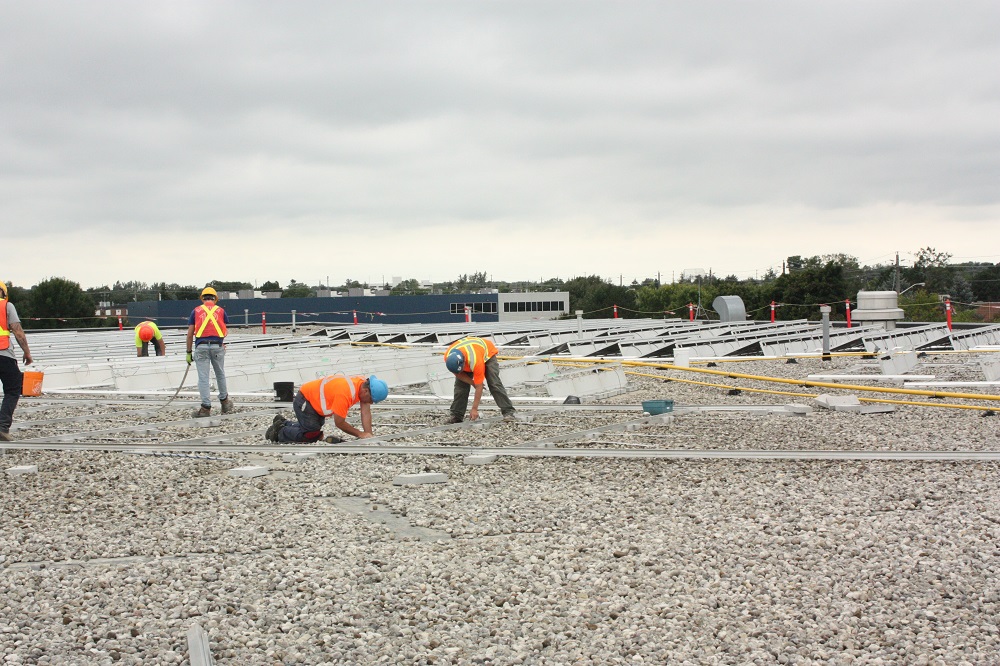 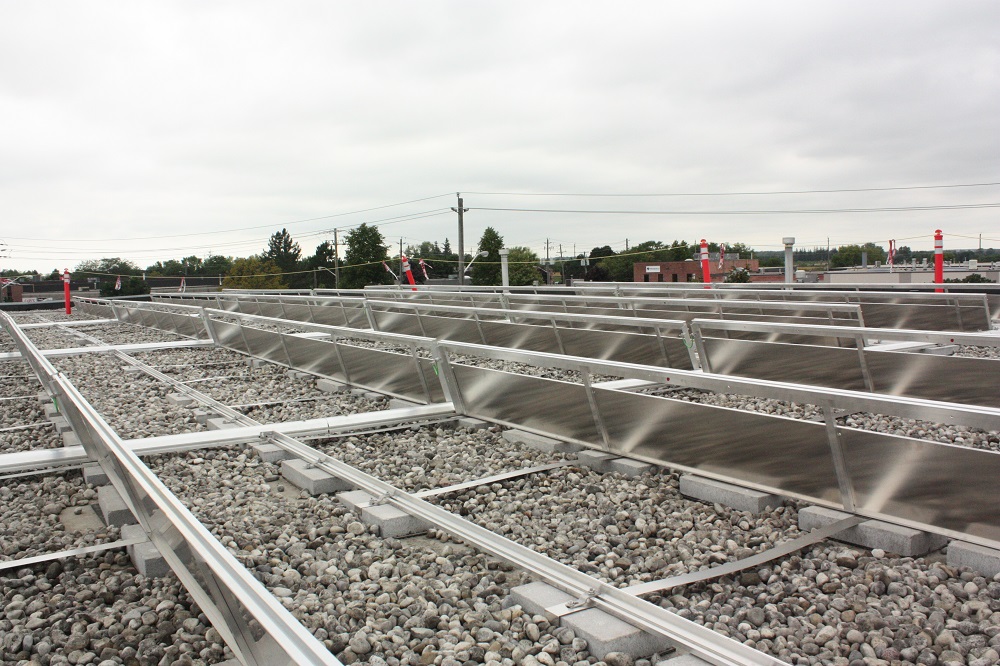 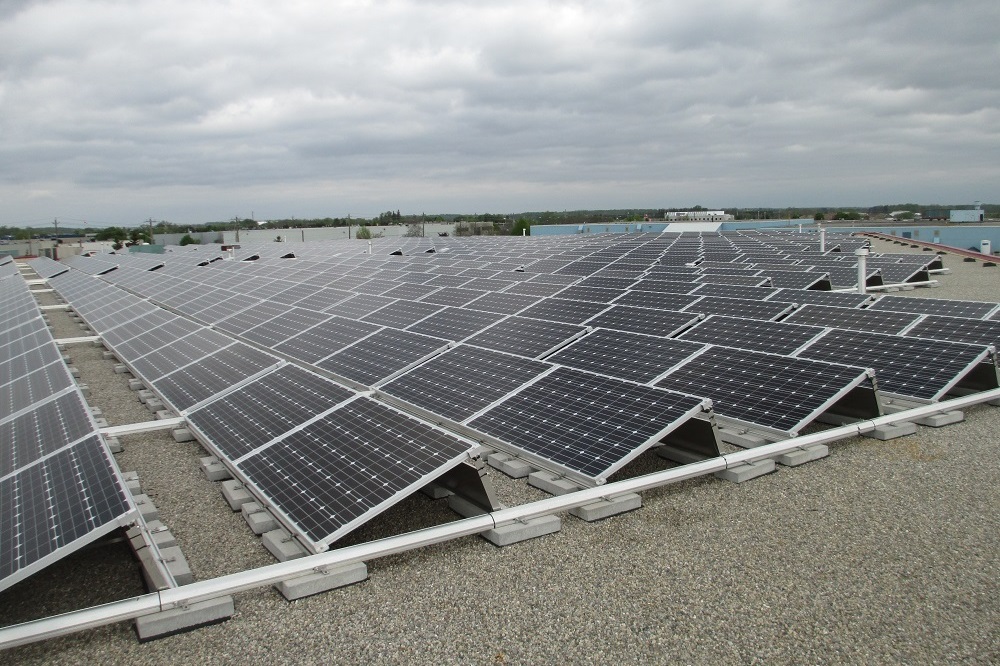 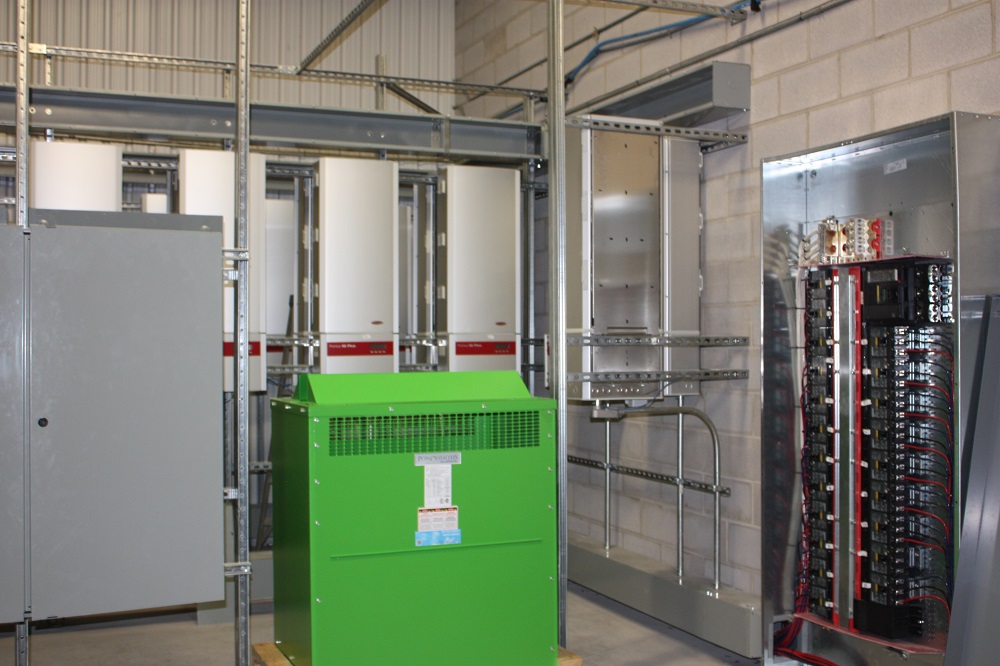 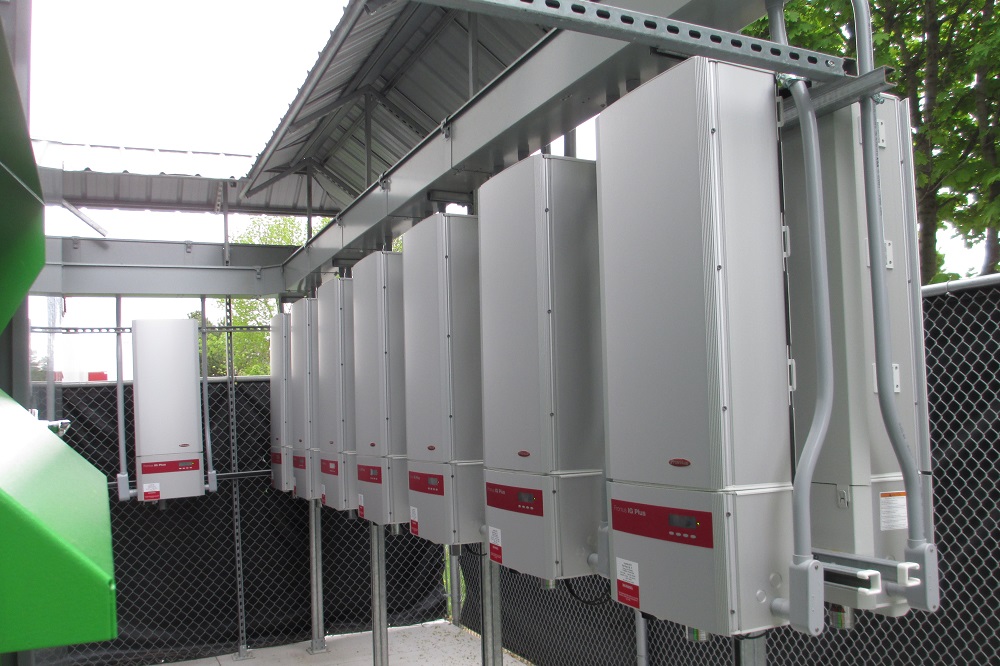 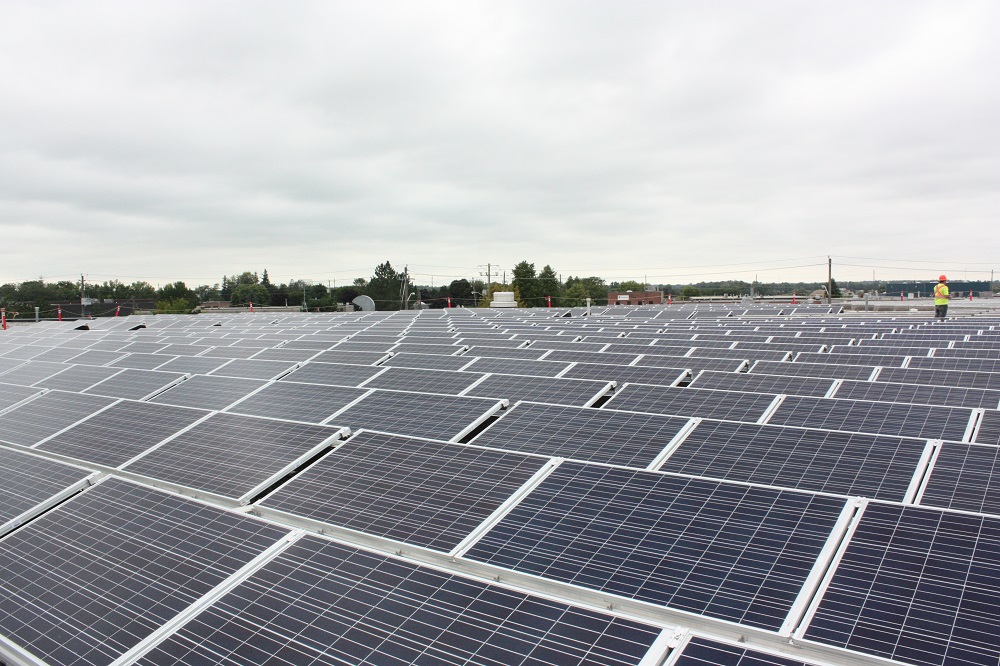 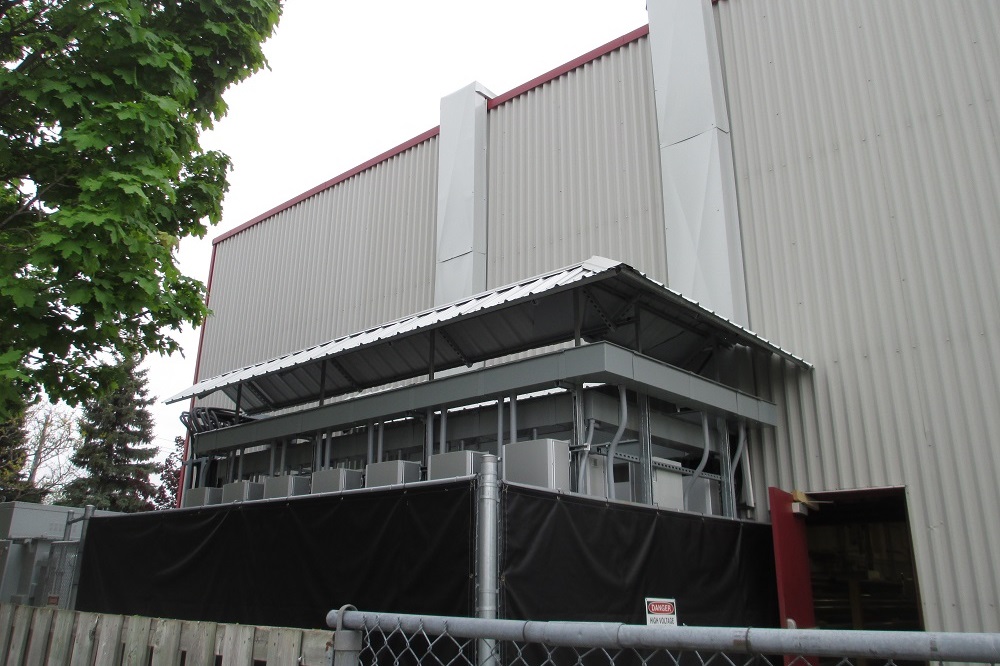 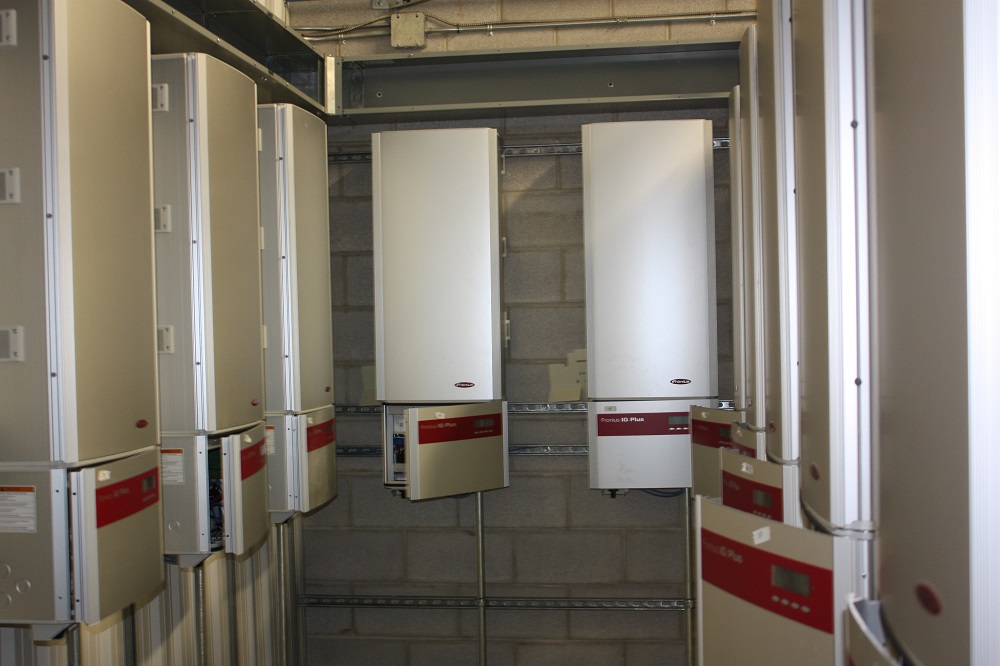 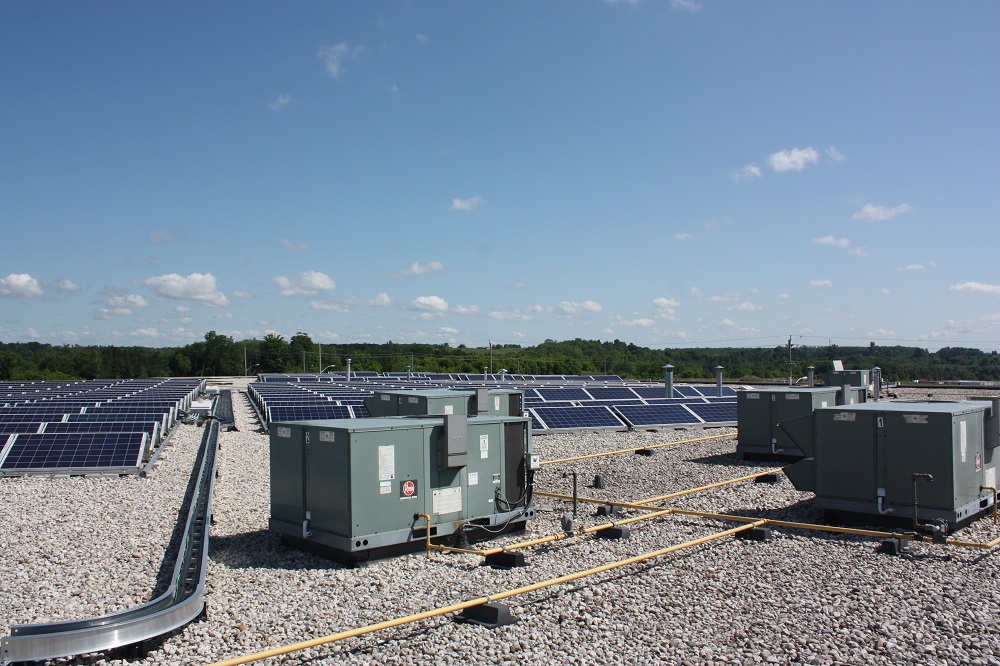 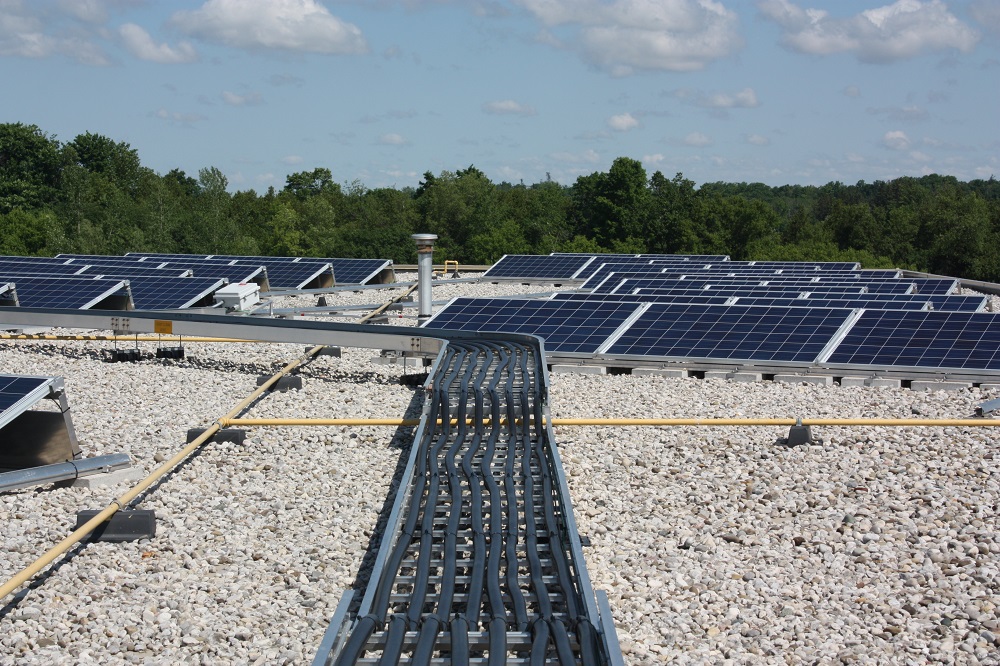 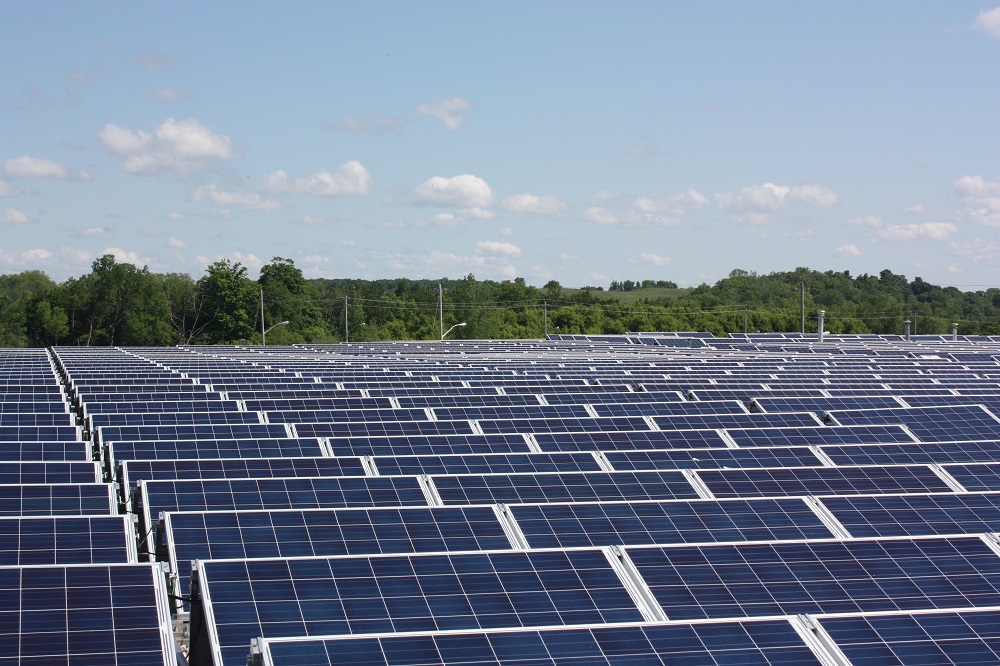 In 2010, Steve Singer, a local Kitchener-Waterloo resident/businessman had recently completed a solar micro-fit project on a building he owned. After going through the program, understanding how the program can be advantageous to businesses and realizing the benefits first hand, Steve wanted to be more involved in this green energy solution. At the time, many companies had been approached to lease their rooftops for solar projects. Steve felt that this was not the most valuable solution for businesses, and started to research developing a solar portfolio, in which business owners would own their own solar rooftop project.

In 2011, Steve approached various local business owners in Kitchener-Waterloo about taking advantage of the current FIT 2 program and installing solar on their rooftops. After conducting the preliminary studies for all the interested parties, Steve was left with three businesses who met the project requirements structurally, financially, trusted in the project approach and most importantly if not the primary reason, wanted to produce their own green energy.

Steve had a vision in developing a solar portfolio in which members are able to work together, share information and best practices, monitor and compare results, and most importantly develop a high-quality project that is equally beneficial to all parties involved.

So what exactly did that mean for the Northland Solar Portfolio?

It was important to Steve that all of the participants be local – from the actual building owners to the project constructors and outside third party vendors. Not only did this help support the local economy but from a project management perspective, was a smart decision and reduced the risk significantly. Supporting locally meant that the project participants would share the same resources and be able to interact and integrate with each other easily. The project schedule was efficient as the buildings are close together and the project cost is effectively controlled as travel and mobilization time is reduced.

Once Knell’s Hardware, Donald Choi Home, and Fischer were on board with the project, a structural evaluation of the participating buildings was conducted by locally hired engineering firm Walter Fedy. This process allowed the group to determine what size of project they were able to apply for, and the contract was awarded by the OPA in 2013.

The contract agreement stipulated that all projects had to be completed within 18 months to apply for commercial application without receiving a penalty. So in mid-2013, it was time to start looking for a solar construction company to build the projects starting in the Spring of 2014.

Arcadian Projects was awarded the project in November 2013 due to several factors:

Northland Solar then hired another local company; ZON Engineering from Kitchener, to review the electrical design and work with Arcadian Projects and local LDC’s to ensure all electrical requirements were met. Arcadian took over all application submission requirements with the OPA and LDC’s on behalf of all the building owners, and in the spring of 2014, Arcadian Projects commenced construction of Knell’s Hardware solar project, followed by Donald Choi and Fischer.

As each project was completed, ZON Engineering was once again sourced to complete a review of the installations behalf of the building owners and provided quality control for the work of Arcadian Projects.

THE HURDLES AND EXTRA’S

All the building owners agree that their solar project went extremely well. But – as with all projects, there are always some unforeseen elements due to various factors.

Solar projects are complex and require a large volume of paperwork to be completed, particularly portfolio projects. Everything from environmental & electrical impacts, ESA inspections, connection agreements, application forms and completed project submittals. Between Steve and experience, Arcadian brings on the application and submittals portion of solar projects, the process went smoothly and helped alleviate the potential headaches for the building owners.

Fronius Inverters, though a premium product, had not been used commonly in the K-W area and needed to get approved to meet the anti-islanding code from the local LDC’s. This delayed the project a month and a half at project start.

Fischer’s building did not allow for the inverter room to be inside and needed to be constructed on the outside. Arcadian Projects built and protected the inverter room by building a parapet to deflect snow and provide shade. They installed a fence around the inverter location for security and safety.

The inverter room at Knell’s Hardware required ventilation due to the restricted space and heat produced by the inverters.

All the projects were installed to the required specifications and scope of work. They are exceeding the calculated production expectations. The systems are producing kW comparable to other systems, and there have been no maintenance issues or any others to date.

The project was on-time, within budget and met all necessary specifications.

“After interviewing 5 solar contractors from throughout Ontario to build our three FIT2 rooftop solar projects totaling 600kWs, we decided upon Arcadian Projects of Baden and we are glad we did.

All three projects were completed on time and within budget in a quality manner and have been producing power to forecast for several months now without any technical issues. It was nice to work with a company that had all the capabilities to do solar projects “under one roof” including equipment ordering, mechanical and electrical installation, government and regulatory approvals, and startup commissioning. It was also nice to work with a company that “went the extra mile” to help us overcome unforeseen issues that threatened to delay our projects, as well as build in extra technical features that improved system reliability, safety, and efficiency without cost add-ons to our budgets.

As the project manager, I also appreciated the close cooperation and weekly communication between Arcadian and our group which was key to keeping our timelines intact and deal with potential roadblocks. In summary, we believe Arcadian built quality projects designed to last the full 20 years of the IESO contract and look forward to having them maintain our projects over this time period.”